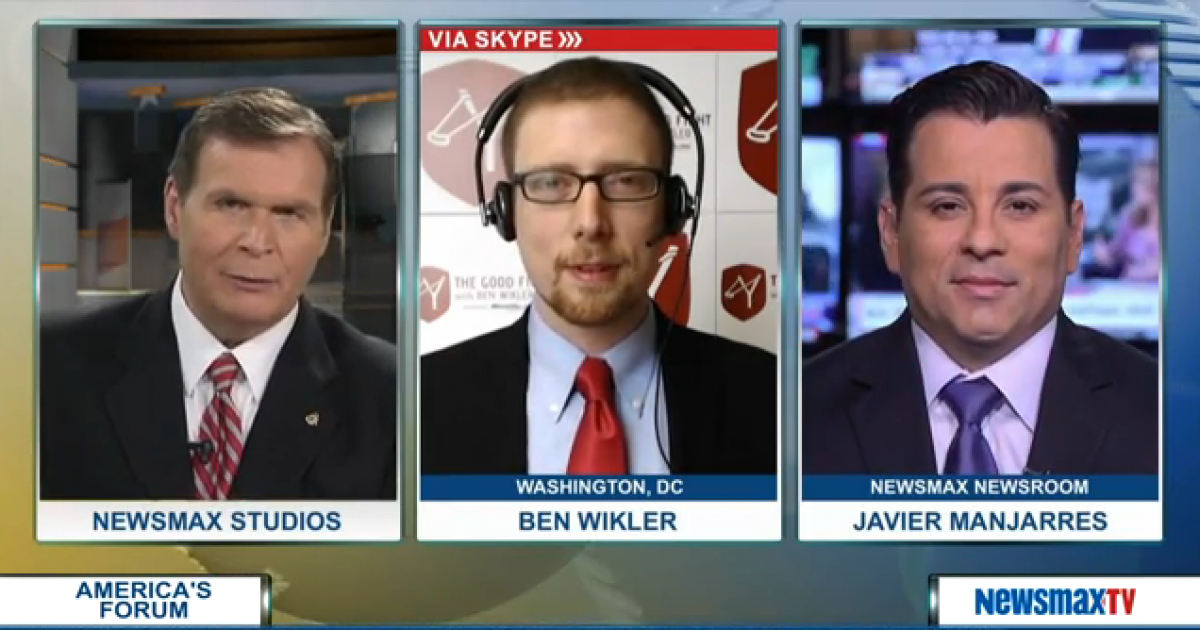 America’s Forum on NewsMaxTV featured our Managing Editor, Javier Manjarres and Host of The Good Fight, Ben Wikler. They debated the White House’s weak response in regards to the radical terrorist attacks in Paris and the immigration vote in the House yesterday. The passed bill would defund President Obama’s dictator immigration bill.

When it came to the White House’s weak response in regards to the attacks in Paris, Wikler tried to justify their actions by saying the terrorists want to be identified as radical and Muslims. He believes they hate the fact the White House is not calling them out as they would like to be identified and it offends them. The host jumped in and said he did not think that was true. He thinks if anything the terrorists laugh at the fact the White House is trying to be so politically correct.

Manjarres’ opinion was he believes Obama is sympathetic to the Islam’s and this is why: