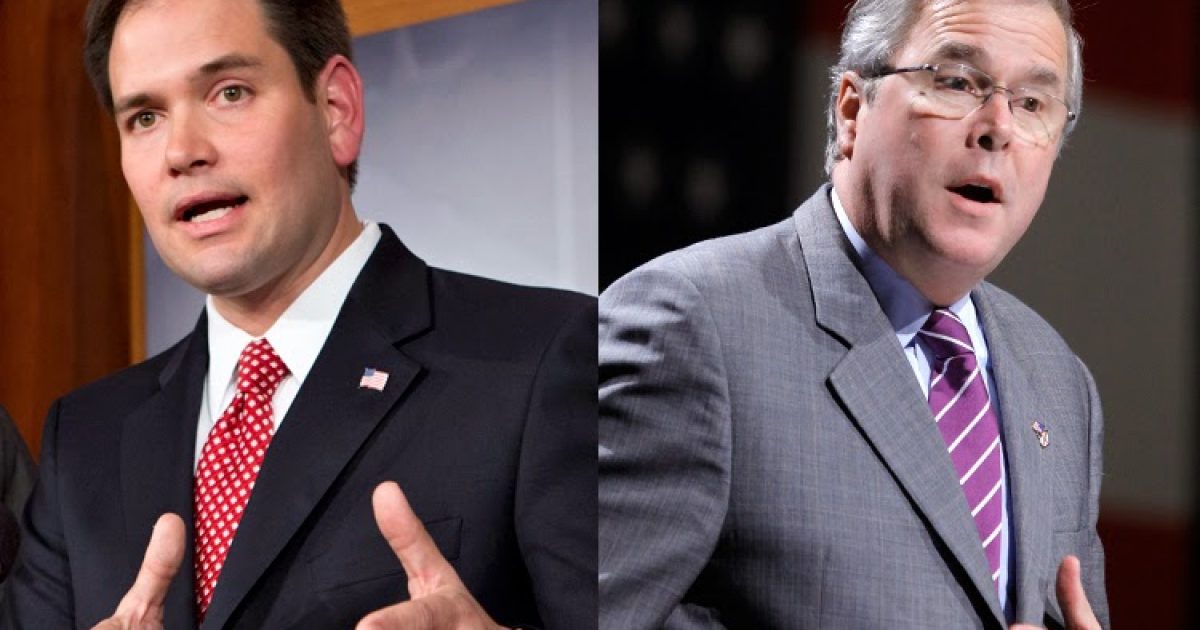 Marco Rubio could upset the FL GOP political establishment again should he beat Jeb Bush in Florida. In a  CNN report from Jeb’s announcement event, you can see and hear many of the FL GOP’s elite essentially telling Mr. Rubio to wait his turn. But in the latest Quinnipiac poll, released today, Rubio now trails Bush by only 2% points, and well within the margin of error (+/- 4.9%).

But the more striking number from the poll, and one that is seldom looked at is, as stated in the poll:

A computation that combines the first and second choices of Republican voters in the three states shows: