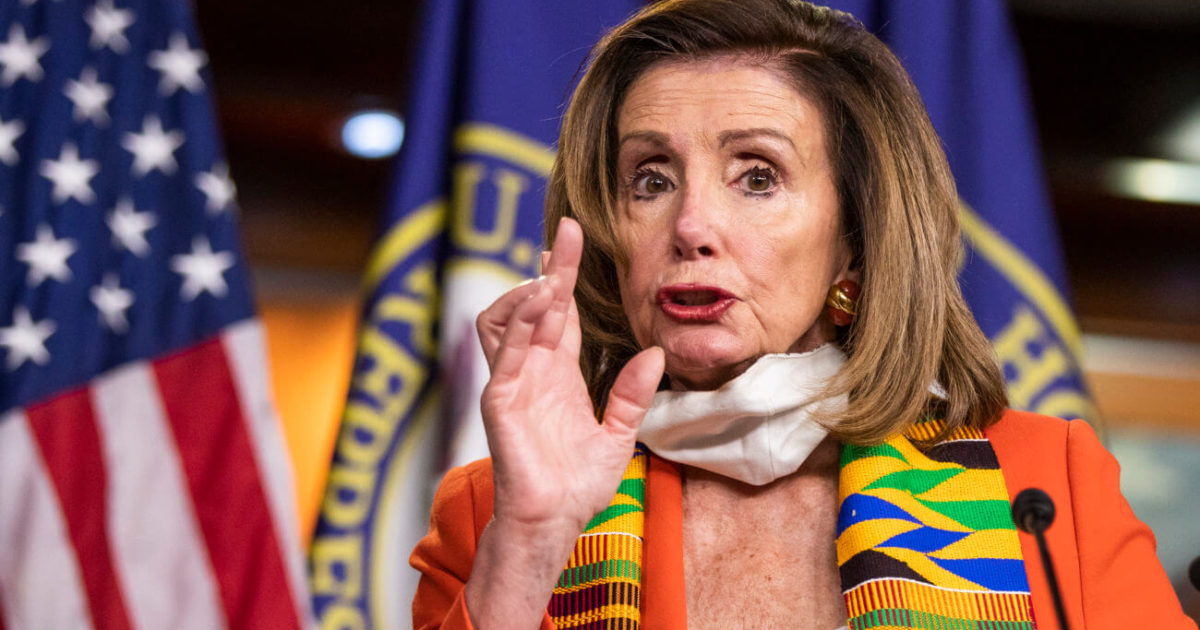 House Speaker Nancy Pelosi (D-CA) in a radio interview Tuesday evening asserted that Senate Republicans are “trying to get away with the murder of George Floyd” with their version of the police reform bill.

“In other words, for something to happen, they’re going to have to face the reality of police brutality, the rallies of the need for justice in policing and the recognition that there are many, many good people in law enforcement but not all, and that we have to address those concerns,” Pelosi said in an interview with CBS Radio. “So, when they admit that and have some suggestions that are worthy of consideration, but so far they were trying to get away with murder, actually, the murder of George Floyd.”